After ten months of traveling on the same island the time has come to enter the European mainland again. It feels a bit strange to leave the country that has been evolving to my new personal comfort zone. But at the same time it gives me a a feeling of actually being on the road again.

In Yorkshire I get to know the climber Lloyd. He's got all the gear and together we climb a few crags in the Dales. In the end he even gives me his old pair of rock shoes which fit just perfectly! I got totally hooked again. And now, that there's summer, this means: exploring climbing regions in France and Spain! I spend the last weeks in Great Britain with meeting familiar faces. I go back to Coventry to visit Abi and Claire who put up Hanna and me last year. It's a great feeling to see them again after such a long time.

After that I hitchhike to Oxford. I stay at Michal (Slovakian) and Ria's (Japanese) place. They are both couchsurfers. Michal shows me his favorite spots in Oxford. He also goes dumpster diving regularly and that's why his fridge is full of cheese (15 kg!). So the meals are basically sorted. Unfortunately I can only stay there for two nights. Because of that, I already requested to stay at another couchsurfers home. But he has to decline due to an emergency. And I don't want to leave the city yet. But the hostel is way too expensive. So there's only one possibility left...

The weather is not too bad, so I decide to exceed another limit and spend the night in the park. I enjoy my dinner on a bench in the city center and wait until the sun sets. To counter the boredom I play some tunes on my guitar. Three Spanish guys stop by on their bikes. One of them takes a ukulele from his back and joins my playing. I gesture that they should come so we could have a jam session. But the three are sorry to say that they don't have the time because there's a barbecue at their house today. But I should just join them! They would even have a spare room where I could stay overnight. I don't have to think about that twice. After half an hour I reach their house. It is situated close to the center in a beautiful neighbourhood. I can already hear from the outside that the party is in full swing. They give me a warm welcome and it turns out to be one of the most entertaining nights since a long time - with loads of music, dance, food, booze and fun!

Next stop is Dungeness, one of the largest shingle beaches in the world. I meet Regina again. Hanna and me have stayed at her's before on our way to the North. I spend more than a week in her house. Regina is vegan, so I discover a lot of new plant based recipes like cheese, sushi and ice cream. It's a culinarily eclectic week. We go and visit her friends in Hastings and Brighton (obviously including an invitation for dinner) and over the weekend I even have the house with the piano for my own. It's a great opportunity to relax again. From time to time it's good not to be a guest.

And now it's finally time to leave the island. Regina's neighbour gives me ride out of the village. Then father and son pick me up, because they are on their way to Dover. Midway between we collect another German hitchhiker who also spent the past few months in Scotland. It's not easy to get a lift onto the ferry. A convoy of 160 cars has announced to take donations and aid to Calais. I get a lift with one of the cars but unfortunately I won't get on the ferry because my name hasn't been registered. So I switch to another car in the queue. A German couple from Bavaria are on their way back home. On the way to the check-in they tell me that they go to Dunkerque and not Calais. So it's not easy to get a lift from there to Boulogne-sur-Mer.

Fortunately my couchsurfing host calls me and says that a friend of his is already on the way to pick me up. I spend three days at Guillaume and his friend Maxime's in Boulogne-sur-Mer, a small town near Calais with one of the biggest fish ports in France. That's where I also receive the confirmation from Kim and Oliver to help out at their house building project in Normandy.

After getting a lift from four cars and one lorry I finally reach the small place Villedieu-les-Poêles on the same day. Despite heavy rain and a distance of more than 400 km! Kim picks me up and we drive directly to their home near Brécey. It is really idyllic here. The couple has got a little daughter, Lila, and they build the house completely on their own. In the meantime they maintain a big garden where you can find everything you need to fill your stomach. Furthermore, they have got two donkeys, geese, chickens and guineapigs. Oliver has set himself the task to refurbish the old cottage in the most sustainable way possible. So we mainly work with a mixture of elephant grass, lime and water to create an environmentally friendly and breathable type of concrete. There is a lot to learn about alternative building methods and it is a very warm atmosphere. Both donkeys are really trustful and funny and I realize straight away that these will become a couple of busy but relaxing weeks at the same time. And at the end of my time in Normandy I will probably even meet Bob and Becky from Scotland, because they will spend their holiday here! 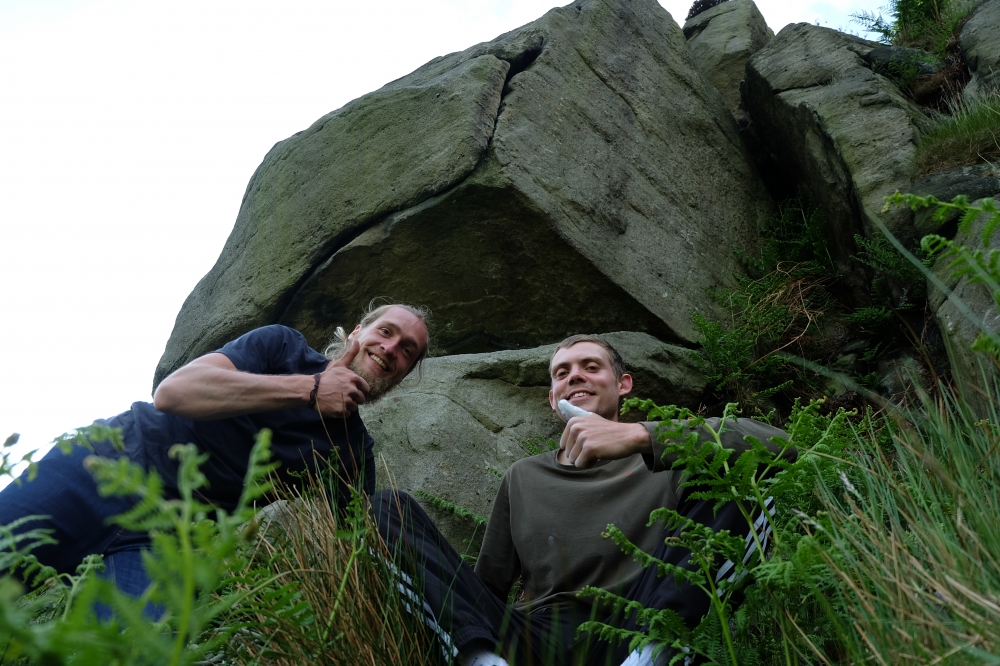 Climbing with Lloyd in the Yorkshire Dales, England 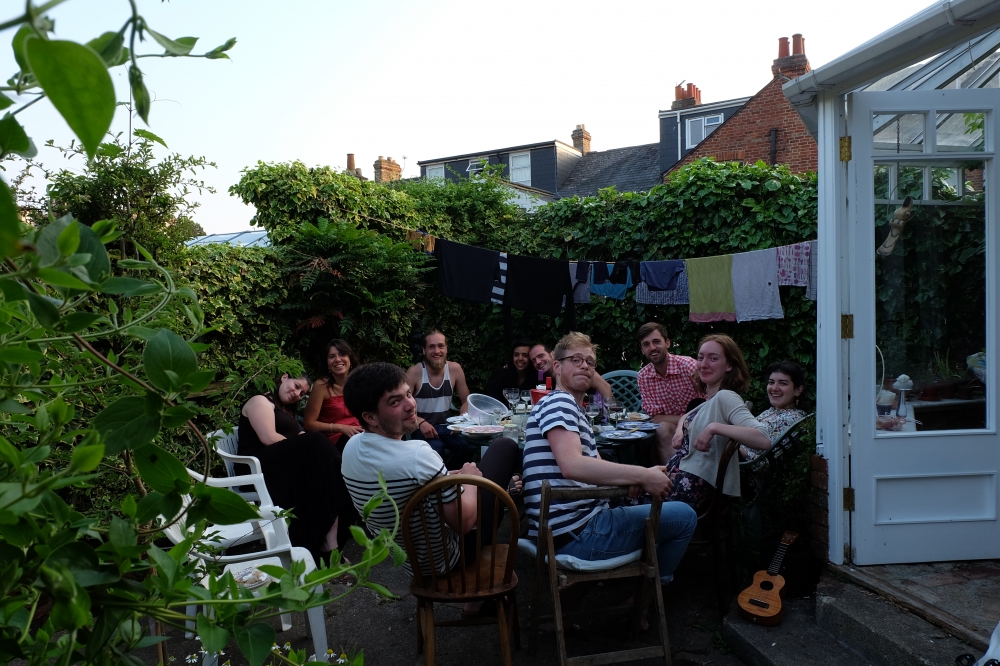 The coolest house in Oxford, England 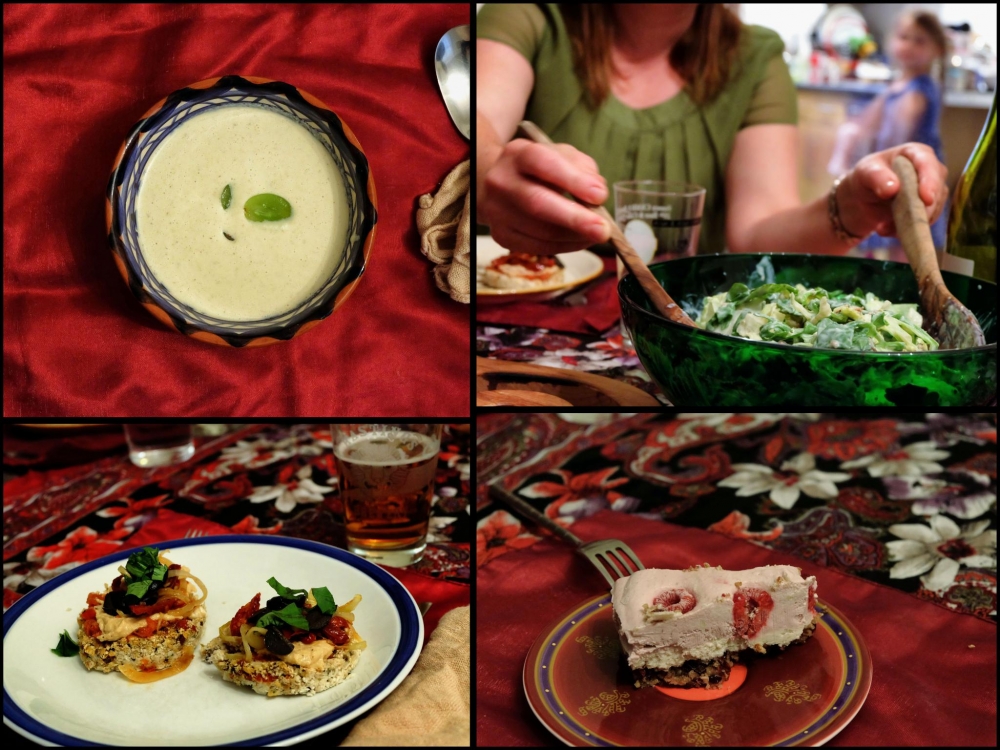 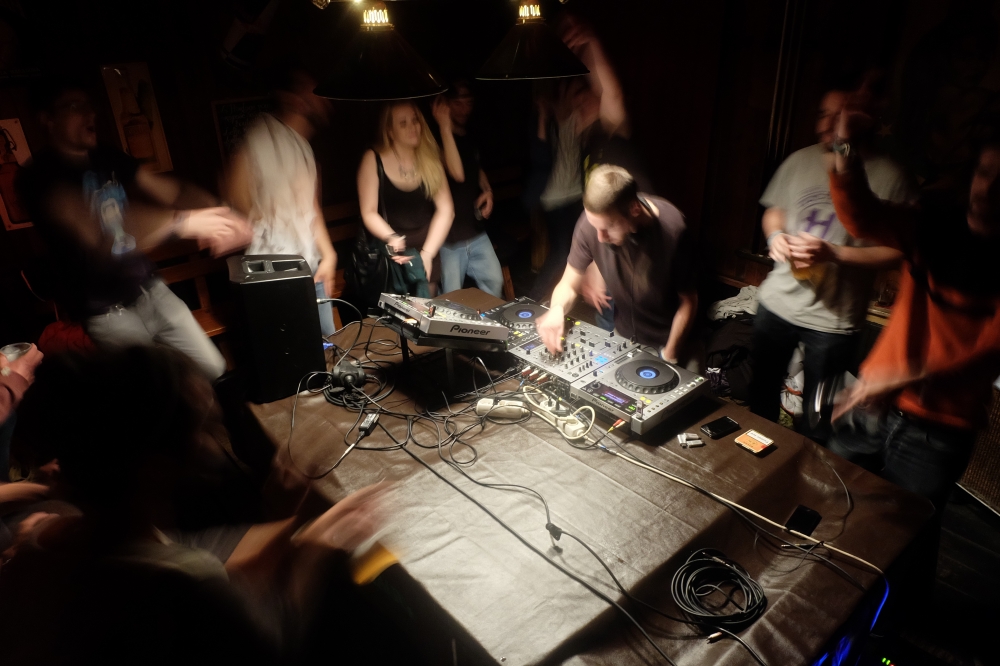 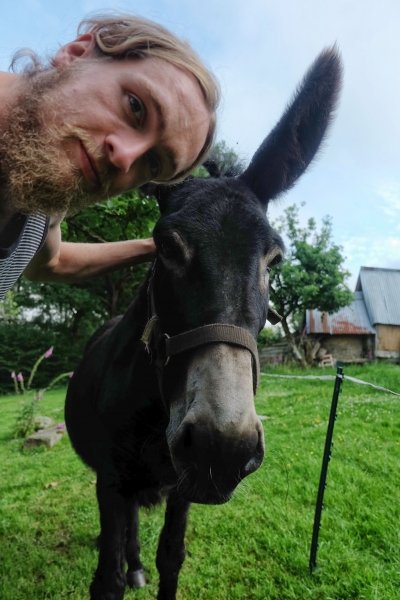 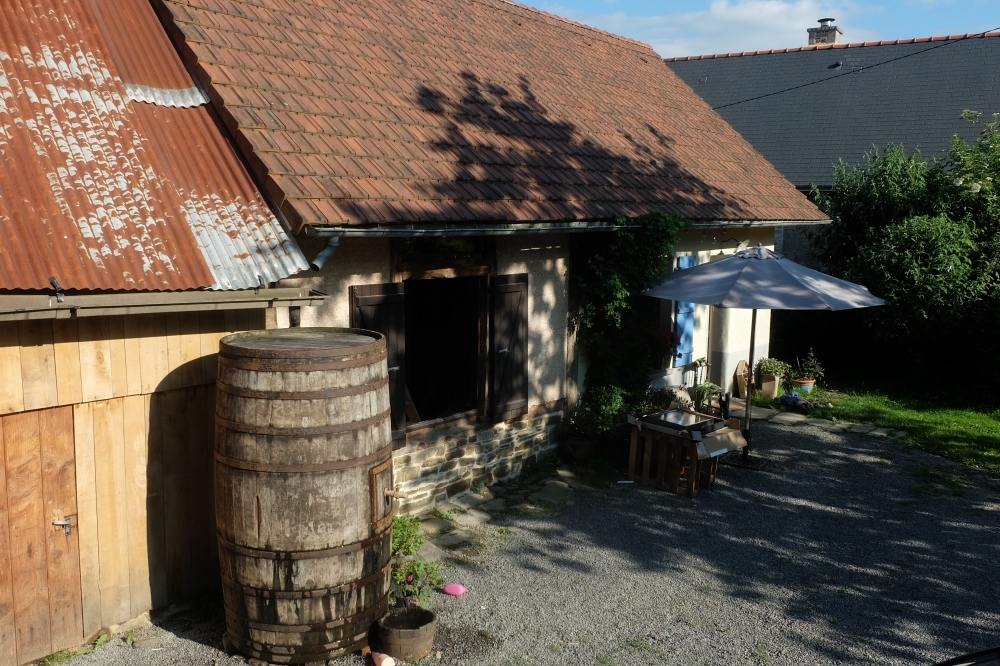 The already finished side of Kim and Oliver's house in Brécey, France

Leo van Straten29 June, 2016It is so great to read that you feel well in your next episode of live. At least that is the impression I get from your story. And ofcourse it can not be a 100% super, but reach 70/80% 😀. And I read your story&#039;s with much interest. Enjoy the mainland again Albi. I hope you find the opportunitys you want and need. Big hug and take care. Leo

Tina30 June, 2016Great to hear of your travels, Albi! Will be interesting to see what house you build yourself in a few years after all of this experimenting + learning!!